This ale is our tribute to pioneer brewer, distiller, and visionary Fritz Maytag. In 1965—at twenty-seven—he rescued America’s smallest, most traditional brewery, igniting a revolution in craft brewing that continues today. With the founding of Anchor Distilling in 1993, Fritz blazed a new trail toward the creation of craft-distilled whiskeys and gins.

Anchor Barrel Ale is a special blend of our ales, aged in our used Old Potrero® whiskey barrels and on their staves. The result is uniquely handmade, featuring the complexity, balance, and depth of flavor that are hallmarks of Anchor tradition.

In 1965, Fritz Maytag’s first of 45 years at the helm, we sold 882 barrels of one beer. Seven years later, as we prepared to launch a second brew, Anchor Porter, new-hire Mark Carpenter asked him why. “I want us to be known for much more than making Anchor Steam,” Fritz replied with a grand gesture. “Because one day there will be hundreds of little breweries like ours all over America.” Mark was incredulous. And, of course, it would ultimately be thousands not hundreds. But Fritz saw what no one else did, igniting a revolution in brewing that originated today’s craft-beer movement. Cheers! 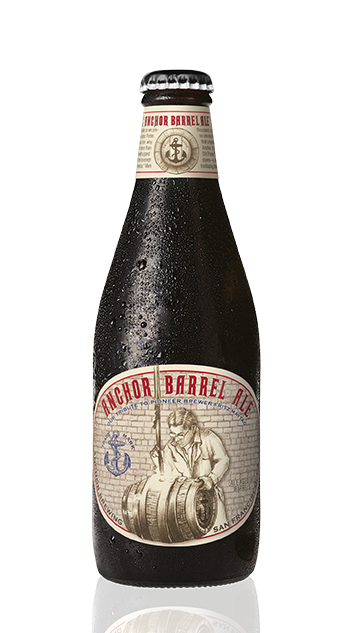