A modern twist on a craft classic

Liberty IPA is Anchor’s reimagining of the craft beer classic Liberty Ale®, envisioned through the lens of today’s IPAs. We first brewed Liberty Ale in 1975 to celebrate the 200th anniversary of Paul Revere’s midnight ride. This revolutionary forerunner of the modern IPA introduced America to the Cascade hop and the nearly lost art of dry-hopping, a steeping process to infuse beer with bold hop aromas.

Like its predecessor, Liberty IPA is made with two-row pale malt and Cascade hops. It is the combination of Cascade with new hop varieties—Nelson Sauvin and El Dorado—that creates the mouthwateringly complex and robust aromas of pine and citrus in this crisp, American-style IPA.

Liberty IPA is a bright straw golden color and boasts aromas of dank and resinous pine up front, with bold citrus and grapefruit notes on the back end. The assertive bitterness is complimented with hints of a light biscuit malt base and a smooth, dry finish. Liberty IPA is a celebration of the Cascade hopped IPA’s that Anchor first popularized back in 1975 and remain at the forefront of American craft beer trends. 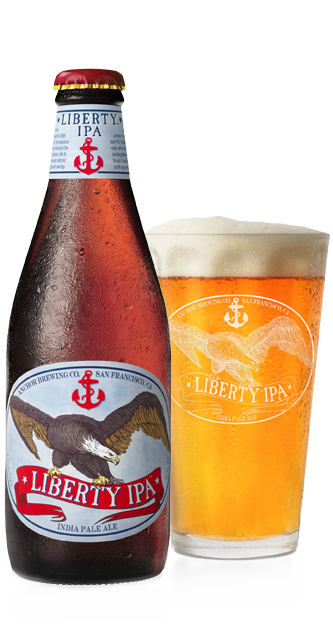