"Everyone was having bitter except one guy who was having mild," said Mark. "I thought it would be fun to try something different. It was love at first pint."

Mark's Mild is Anchor Brewmaster Mark Carpenter’s interpretation of a traditional English dark mild. It is made from a single-temperature mash of English Maris Otter pale malt and crystal malts, a single addition of English Goldings hops to the boil, invert sugar, and our own ale yeast in an open fermenter. Mark’s Mild is a rich chocolate-brown color with luscious malty sweetness and hints of chocolate, nuts, caramel, and toffee. Neither heavy, bitter, nor high in alcohol, it has a smooth, thirst-quenching finish that makes Mark's Mild the ultimate sociable craft beer.

The origins of mild date back 500 years to the days when the English distinguished between unhopped present-use "ales," meant to be consumed within days or weeks of brewing, and hopped "keeping beers," often aged for a month or more. As hops gained acceptance, lightly hopped present-use ales became known as “milds.” Milds can be weak or strong, pale or dark. The term refers to flavor and indicates an ale accented towards lightly nutty maltiness rather than hoppy dryness or bitterness. Thirst quenching and sessionable, milds were popular with the English working class, particularly in the West midlands and the Northwest. By the time our brewmaster Mark Carpenter had his first mild, this traditional style was already in decline, supplanted by bitter and lager. According to some mild-ale beer experts, today’s mild accounts for a small fraction of the world’s beer production, but in the historical sense, mild accounts for nearly every beer served in the world. 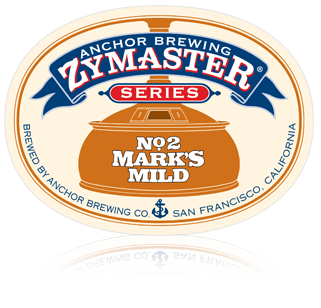