Over 200 years ago, ninety miles up the coast from San Francisco, the Russian American Company built a stockade that became known as Fort Ross. It was home base for Russia’s fur trade and, in the 1820s and '30s, supplied the Russian colony of New Archangel (now Sitka) with grain from "bread plants" like wheat and barley. The farms were small and the harvesting primitive. Reaping was done with sickles and threshing by driving horses over the sheaves.

Among the native plants at Fort Ross is a perennial evergreen shrub, prized by the local Indians for its healing powers, whose purple flowers bloom from May to early July. The Spanish missionaries called it Yerba Santa or Holy Herb. Our Fort Ross Farmhouse Ale is inspired by the wheat, barley, and Yerba Santa at Fort Ross and the hardy souls who harvested them. Fermented with local saison-style yeast, this unique craft brew celebrates the history and flora of Northern California like no other.

Our Fort Ross Farmhouse Ale is a Belgian-style farmhouse ale with a California twist. The unique bitterness and earthy spiciness of Yerba Santa, a native California herb, perfectly complement the fruitiness and clove-like flavors created by a local saison-style yeast. And in addition to hops, barley malt, and wheat malt, we used toasted Belgian wheat malt, which gives our Fort Ross Farmhouse Ale its distinctive maltiness and burnished bronze color. 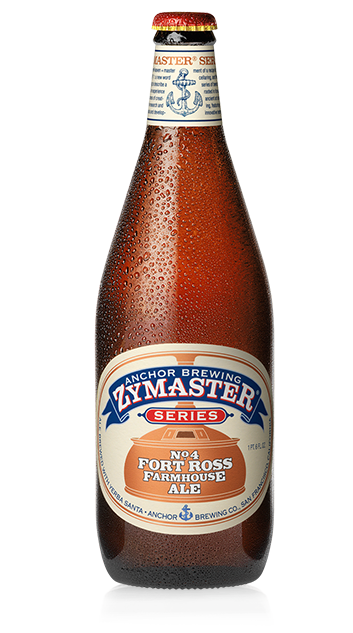