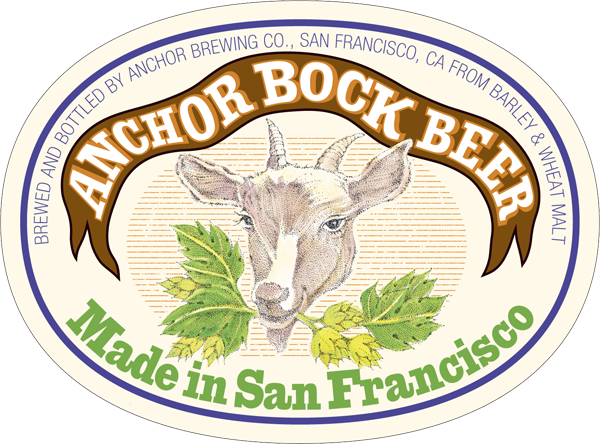 Each year, breweries in Germany celebrate the coming of spring with a strong, flavorful beer. Anchor Bock Beer, a dark satiny brew with rich hints of chocolate, caramel and roasted barley, is Anchor’s interpretation of this long-standing tradition.

Bock-style beers are believed to have originated in the town of Einbeck, Germany and traditionally feature a goat on the labels. The Germanic term “bock” translates to “billy goat”, but has over time come to define a beer darker and stronger than a brewery’s “regular” brew. One with, you might say, the kick of a goat.

Anchor Brewing Company will be retiring Anchor Bock Beer in 2014 making room for several new seasonals yet to be announced.

“Anchor Bock has been a beloved seasonal not only by craft beer fans, but by the folks here at Anchor,” said Mark Carpenter, Brewmaster at Anchor Brewing Company. “In an effort to expand and innovate, as we have done for decades, Anchor will be retiring Bock after the 2014 season to allow room for several all-new American craft brews, which we will be sharing with the world very soon.”

Anchor Bock Beer is available nationally from January through March in draught, 12 oz. six-packs, and 22 oz. bottles. Learn more about this beer and meet the Anchor Bock mascot, affectionately known as Hazel, by watching the following video: About Anchor Bock Beer.