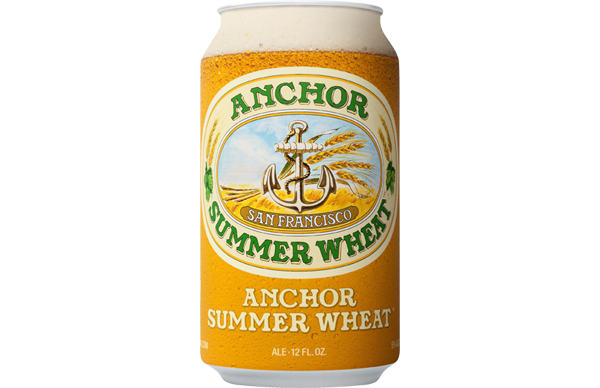 “I anticipate the change of the season not only for the weather, but also for the beer,” said Anchor Brewmaster Mark Carpenter. “Anchor Summer Wheat pairs perfectly with a sunny day, whether you’re grilling in the backyard, hiking a trail, spending a day at the beach or anything in-between. By filtering our wheat beer, the brew’s crisp, clean flavors unite to create this quintessential summer refresher. This year we decided to dry-hop the beer for the first time to boost its wonderful hoppy aroma. While the hops add flavors of citrus and pine, the beer maintains the light, refreshing character it’s had since we first brewed it in 1984.”

Released each year in advance of the summer season, Anchor Summer Beer (4.5% ABV) is an all-malt beer, with over 50% of its malt derived from malted wheat. It is fermented with a traditional top-fermenting “ale” yeast, yielding a clean, balanced flavor that highlights the refreshingly light flavor of malted wheat. The head is unusually abundant due to the natural protein deposits of wheat, with a thick consistency similar to meringue. For beer lovers, Anchor Summer Wheat is a lighter brew that doesn’t sacrifice tradition or character.

Anchor Summer Wheat marks the fourth beer to be canned by Anchor in the brewery’s 119 years of operation. Anchor first began canning beer with Anchor California Lager® in 2014 followed by the limited release of Brotherhood Steam Beer cans and, most recently, Anchor IPA™ cans.

Anchor Summer Wheat is available nationwide May through July in six-packs of 12 oz. cans as well as on tap at select restaurants and bars and in the Anchor Brewing Taproom in San Francisco. Find a brew near you using the Anchor Beer Finder.