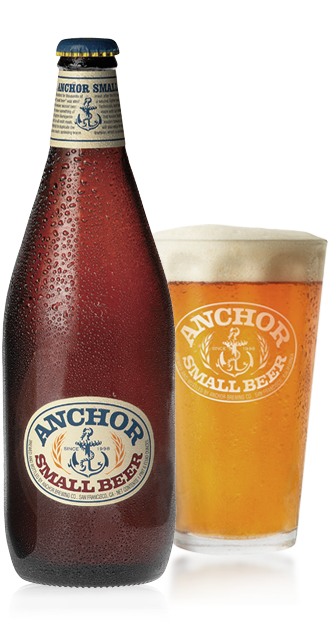 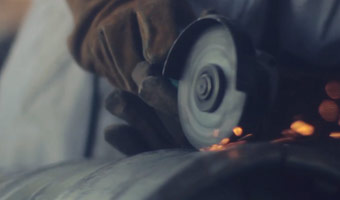 A unique brew reminiscent of an English bitter, with a light amber color and lots of hop character, Anchor Small® Beer is certainly not small on flavor.

Made from the second runnings of our Old Foghorn® mash, Anchor Small® revives the ancient brewing tradition of creating two distinct craft beers from one mash – a sweeter, stronger and more expensive barleywine made for sipping, and a more plentiful drinking beer. We sprinkle warm water over the Old Foghorn mash after the first “wort” has run off, creating a second, lighter brew. Technically, both beers are "ales" because they are made with top-fermenting yeast. Like its forebears, the result is an easy-drinking “session” beer.

For hundreds of years, the term "small beer" was used in English to define the lighter, less expensive counterpart to barleywine. In our revival of this ancient tradition, Anchor Small® Beer is resourcefulness at its best – beer begets beer.