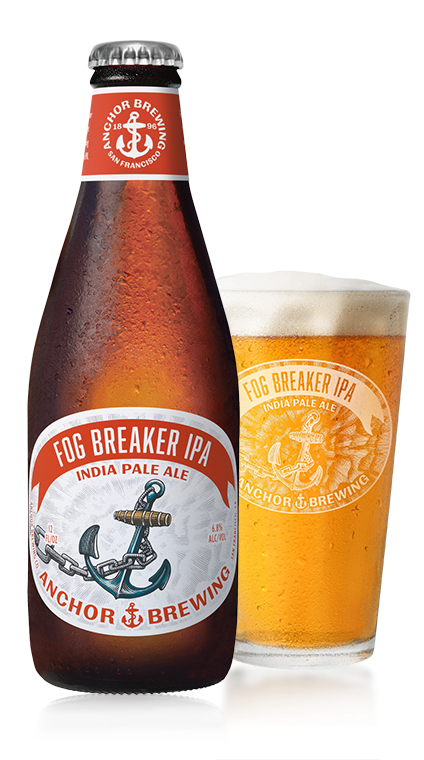 San Francisco has a lot of amazing things going for it. The Bay. The Hills. The Culture. But the weather? Well, that’s another story. More days than not, the city is engulfed with a rolling fog that’s become so familiar here among residents that we’ve even given it a name—Karl. And, while we’ll always have a soft spot for Karl, we’re pretty stoked that our brewery sits at the base of Potrero Hill, one of the sunniest spots here in San Francisco.

Inspired by our fog-busting location, we’re bottling up this sunshiny brightness in our Fog Breaker IPA. Bursting with fresh pine and juicy tropical hops, this beer is a crisp, refreshing and (mostly) haze-free take on a San Francisco IPA.

Fog Breaker IPA, with its distinctly fruity aroma and assertively bitter taste, is a hoppy, yet crisp and refreshing addition to Anchor’s portfolio. Its intense aromas of ripe pineapple, melons and resinous pine are derived from essential oils in Citra Cryo hops as well as whole-cone Denali and Cascade hops. Brewed with malted wheat and 2-row pale malt, the IPA’s bitterness is slightly countered with hints of light biscuity malt flavors and a smooth effervescent mouthfeel. The sunny inspiration behind Fog Breaker IPA is evident in its appearance—a bright, golden straw-colored body with a lasting creamy head. It’s a thirst-quenching, fresh brew that puts a San Francisco spin on an American IPA.