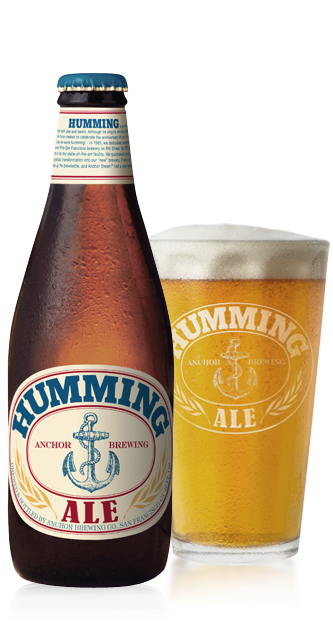 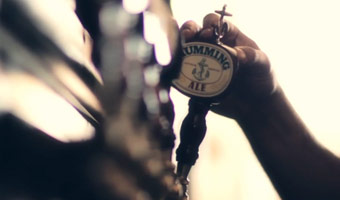 This bold, frothy, effervescent craft ale, with hints of citrus, finds its name throughout English literature that might just as well describe its taste, its history, or just how it makes you feel.

The recipe for Humming ® Ale and its resulting flavor, owe much to the traditional methods used to make our Liberty Ale®. Both are brewed using pale malt, a natural carbonation process called “bunging,” and dry-hopping, but the unique flavor profile of Humming comes from a distinctive hop from New Zealand called Nelson Sauvin.

Humming is an ancient beer term, found everywhere from Robin Hood to Herman Melville, historically used to describe a strong, effervescent ale with a lot of character or just in praise of a truly good beer. Originally created to celebrate our 30th anniversary of our Mariposa Street location, it is now available each July – November, Humming has quickly become a classic that lives up to its name. Anchor Humming ® Ale, a beer with character deserves a name with character.