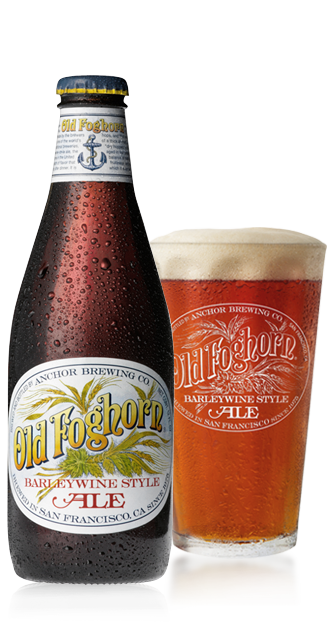 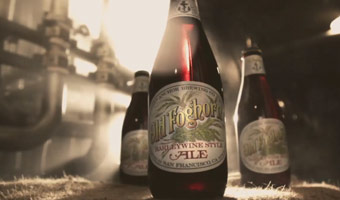 The malty sweetness, fruitiness, unique hop aroma and high original gravity of Old Foghorn® Barleywine Style Ale is to beer much as port is to wine.

Old Foghorn® is brewed based on historic English barleywine methods. It is highly hopped, fermented with a true top-fermenting ale yeast, carbonated by a natural process called "bunging" to produce champagne-like bubbles, and dry-hopped with additional Cascade hops while it ages in our cellars. Made only from “first wort,” the rich first runnings of an all-malt mash, three mashes are required to produce just one barleywine brew.

Introduced in 1975, Old Foghorn® Ale was the first modern American barleywine sparking renewed interest domestically and in Britain. The name was derived from the English tradition of attaching the word “old” to barleywines to denote their tradition, intensive brewing process and cellar aging, and “Foghorn” gave it a San Francisco flair. Today, Old Foghorn® Ale is best enjoyed sipped after a meal.