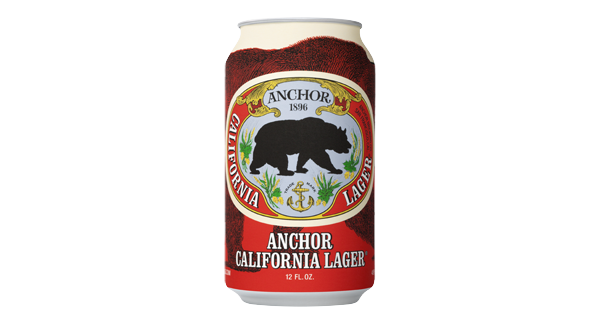 Anchor’s history, California’s first genuine lager, and our country’s state parks were born in the second half of the 19th Century. Today, California is home to 280 state parks and 26 of America’s 401 national parks. To celebrate that unique heritage, Anchor Brewing Company has partnered with the National Parks Conservation Association and the California State Parks Foundation to support their efforts to conserve and enrich the natural beauty and history of parks nationwide.

Beginning in May 2014, Anchor California Lager (4.9% ABV) will also be available in 6-pack cans both nationally and year-round, offering greater convenience and versatility for outdoor activities.

“Parks are one of our most precious resources that everyone from coast-to-coast can enjoy,” said Keith Greggor, CEO of Anchor Brewing Company. “Anchor California Lager already has tremendous success supporting parks in our home state and we look forward to supporting the National Parks Conversation Association’s work protecting our national parks.”

“As we continue to look for new ways to connect more Americans with our national parks, we appreciate the support of Anchor Brewing and look forward to partnering with one of America’s oldest breweries,” said Clark Bunting, president and CEO of the National Parks Conservation Association.

The Coastside State Parks Association – Perched on a cliff on the central California coast, 50 miles south of San Francisco, the 115-foot Pigeon Point Lighthouse, one of the tallest lighthouses in America, has been guiding mariners since 1872. Its five-wick lard oil lamp, and first-order Fresnel lens, comprised of 1,008 prisms, was first lit at sunset, November 15, 1872. Our grant will be used to expand and ensure the future of a native plant nursery at Pigeon Point Lighthouse and Half Moon Bay State Beach.

Empire Mine Park Association – Beginning in the late 1970s, staff and volunteers at the Empire Mine State Historic Park recorded interviews with former miners and supervisors to capture some of the history of the operation of the mine. Those interviews were recorded on cassette tapes that are now quite aged and fragile. Our grant will allow Empire Mine Park Associate to digitize many of these interviews and materials, including selected text translations and articles on the Association's website where they will be readily available to the public.

Friends of Santa Cruz State Parks – Built in 1891/1892, the historic Wilder horse barn is a key element of the interpretive experience at Wilder Ranch State Park and a major teaching and functional tool of the Farm Animal Program. Wilder Ranch State Park's uniqueness as a working dairy farm with both an 1840 adobe and a Victorian farmhouse situated on the California Coast is not duplicated anywhere in the State Park system. Our grant will support a painting project to preserve and restore the exterior of the barn.

Anchor Brewing Company has renewed its partnership with California State Parks Foundation for 2014. Anchor California Lager sales within California will continue to support CSPF and we look forward to supporting even more projects within our home state.

About Anchor California Lager
Anchor Brewing Company’s roots go back to the Gold Rush, long before icehouses and modern refrigeration made traditional lagers a viable option. In 1876—thanks to an ice pond in the mountains and a belief that anything is possible in the Golden State—a little brewery named Boca created California’s first genuine lager. Anchor California Lager is a re-creation of this historic beer.

Crisp, clean, and refreshing, its rich golden color, distinctive aroma, lingering creamy head, balanced depth of flavor, and incredibly smooth finish are like no other lager today. Made in San Francisco with two-row California barley, Cluster hops (the premier hop in 19th-century California), and Anchor’s own lager yeast, Anchor California Lager is kräusened and lagered in the cellars of the brewery. This all-malt brew is a delicious celebration of California’s unique brewing heritage.

About National Parks Conservation Association
Since 1919, the nonpartisan National Parks Conservation Association has been the leading voice of the American people in protecting and enhancing our National Park System. NPCA, its 800,000 members and supporters, and many partners work together to protect the park system and preserve our nation’s natural, historical, and cultural heritage for our children and grandchildren. For more information, please visit www.npca.org.