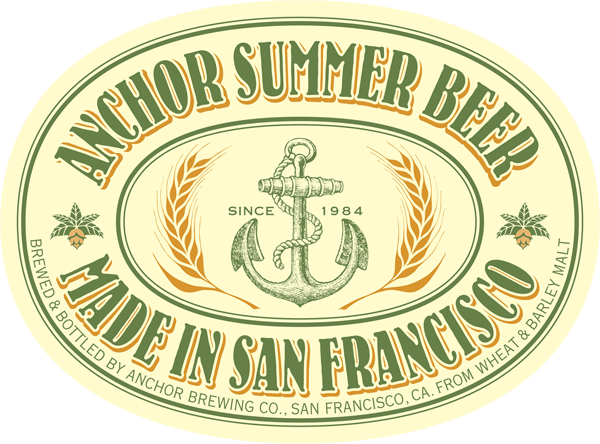 “When the temperature rises, we’re all looking for a lighter, yet still flavorful brew” said Brewmaster Mark Carpenter. “That’s why we created Anchor Summer Beer in 1984 and since then it’s become a brewery favorite whether we’re grilling al fresco, hiking a trail, setting up camp, spending a day at the beach or anything in-between. With the summer solstice right around the corner, the crisp, clean flavors of this brew are refreshingly light and the perfect complement to your summertime adventures or everyday activities.”

Released each year for the summer season, Anchor Summer Beer (4.5% ABV) is an all-malt beer, with over 50% of its malt derived from malted wheat. It is fermented with a traditional top-fermenting “ale” yeast, yielding a clean, balanced flavor that highlights the refreshingly light flavor of malted wheat. The head is unusually abundant due to the natural protein deposits of wheat, with a thick consistency similar to meringue. For beer lovers, Anchor Summer Beer is a lighter brew that doesn’t sacrifice tradition or character.