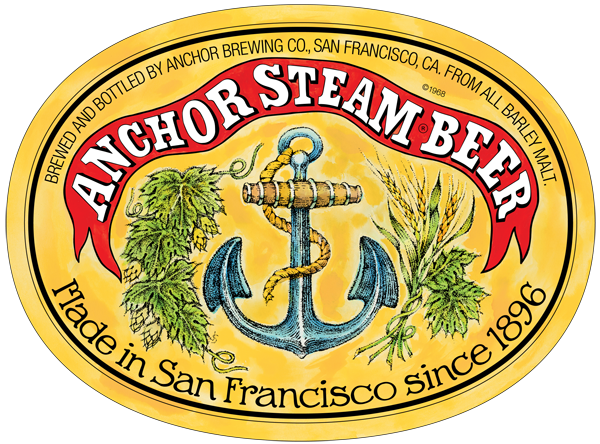 San Francisco, CA (May 26, 2015) – This year marks the 50th anniversary of Fritz Maytag’s purchase of the Anchor brewery and its unique beer, Anchor Steam®.

August 2, 1965 was a fateful moment that would lead to not only the revival of a brewery, but to Fritz Maytag igniting a revolution that would forever change the beer industry by originating today’s American craft beer movement. Fifty years later, Anchor celebrates Fritz Maytag and Anchor Steam® Beer with the introduction of a package evolution and the launch of “Drink Steam”; an initiative that kicks off in San Francisco with a calendar of events and a print, digital and out-of-home program showcasing curated photography and storytelling focused on craftsmanship and culture. “Drink Steam” is an invitation to try America’s First Craft Beer.

“50 years ago, Fritz changed an entire industry built on mass production by holding steadfast to traditional brewing techniques and a commitment to quality. We wanted to celebrate the birth of the Craft Brewing Revolution, Fritz’ legacy, and introduce a whole new generation of beer lovers to Anchor Steam Beer,” said current Anchor Brewing CEO and President Keith Greggor. “You can drink an entire history of craft beer in our Taproom. Before the terms, ‘craft brewing’ and ‘micro-brewing’ had even been coined, Anchor had already brewed the first modern American Porter, IPA, Barleywine, and Wheat Beer. It all started with Anchor Steam Beer. The foundation of the brewery is built on Anchor Steam; it represents the past, present and future of craft beer.”

In 1965, during a meal at the Old Spaghetti Factory in San Francisco, a young Stanford graduate named Fritz Maytag, of the Maytag appliance family, learned that the makers of his favorite beer, Anchor Steam Beer, were soon to close their doors forever. On August 2, 1965, Maytag rushed to buy 51% of the struggling San Francisco craft brewery for just a few thousand dollars, rescuing Anchor from imminent bankruptcy. At only 27 years old, Maytag, alongside a team of dedicated brewers, revived Anchor Brewing by employing traditional brewing methods and enforcing strict sanitization methods, raising the quality of the beer. The small, but powerful team perfected Anchor Steam and soon began bottling the flagship brew in 1971 before introducing other iconic Anchor beers like Anchor Porter®, Liberty Ale®, Old Foghorn® Barleywine Style Ale, and Christmas Ale. Although the industry now known as craft beer had not yet formed, Anchor Brewing was creating quality, handcrafted beer in a time when mass-produced lagers saturated the marketplace. Fritz inspired other small-scale breweries to do the same, ultimately leading the way for the American Craft Brewing Revolution, which all began with a fateful purchase 50 years ago.

To celebrate this milestone, starting in May, Anchor Steam Beer will boast new packaging depicting a hand-illustrated label by long-time Anchor artist Jim Stitt. Artist Bill Hyde first illustrated the original Anchor label in collaboration with Fritz Maytag. From Anchor Porter to Christmas Ale over the past few decades to Anchor California Lager and Anchor IPA in more recent years, Stitt has created scores of now-iconic Anchor labels. This year, Stitt was given the opportunity to refresh the Anchor Steam artwork by employing vibrant watercolors and detailed illustrations that honor and uphold the classic Anchor Steam label from 1971. Along with the enhanced bottle and neck labels, Anchor Steam bottles will also include fun facts about Anchor’s rich history on the underside of each cap.

The new Anchor Steam packaging arrives on shelves in time for the launch of “Drink Steam”. Anchor will team up with several Bay Area partners, including SF Weekly and Urban Daddy, to launch their social, digital, print, and out-of-home initiatives. “Drink Steam” will tell the story of Anchor’s evolution through curated photography that celebrates craftsmanship and culture culminating with an invitation to try America’s First Craft Beer.

Throughout 2015, Bay Area beer drinkers will be encouraged to “Raise Your Anchor” during Anchor Brewing’s “Drink Steam With –” event series; an intimate, one-night-only experience. “Drink Steam With –” will feature local makers, like Anchor, who use radically traditional techniques to craft photography, art, food, clothing and more!

Anchor Steam Beer is available nationwide, year-round in 6-packs, 12-packs and on draught at select bars and restaurants as well as at the Anchor Brewing Taproom in San Francisco. Find a brew near you using the Anchor Beer Finder.

Learn more about this historic brew by watching the Anchor Steam® Beer Video.

Today, Anchor Steam is brewed with pale and caramel two-row barley malt, Northern Brewer whole-cone hops and Anchor’s own lager yeast in a solid copper brewhouse. The beer is then fermented in shallow open-air fermenters and gently carbonated in Anchor’s cellar through an all-natural, traditional process called kräusening. First brewed in 1896, Anchor Steam (4.9% ABV) appeared in bottles in 1971 and displayed the now iconic hand-drawn image of an anchor framed by hops and barley.